Athens Riviera is called the coastal area of Athens-Attica, a 60km route by the sea; a magnificent terrace of city of Athens to the Saronic Gulf.  Athens Riviera forms a separate and an interesting area ideal for leisure, entertainment, active and business travel.
Throughout the route operate dozens of charming and modern hotel units. You can find a big variety of all kind of hotel categories; 3, 4, 5 stars hotels, boutique hotels, small and large luxurious resorts and many fully equipped marinas.
Athens Riviera is delimited from Floisvos - at the end of Syggrou Avenue - to Sounio and the Temple of Poseidon. ( We should notice that Sounio area has been declared National Park and a protected zone due to archaeological and environmental value). 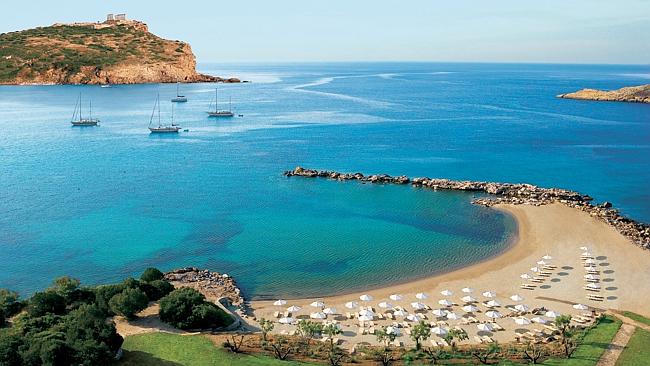 POSEIDON  TEMPLE
The sanctuary of Poseidon at Sounion is one of the most important sanctuaries in Attica. Sporadic finds point to the conclusion that the site was inhabited in the prehistoric period but there is no evidence of religious practice in such an early date. "Sounion Hiron" (sanctuary of Sounion) is first mentioned in the Odyssey, as the place where Menelaos stopped during his return from Troy to bury his helmsman, Phrontes Onetorides. The finds of the 7th century B.C. are numerous and proove the existence of organized cult on two points of the promontory: at the southern edge where the temenos of Poseidon was situated, and about 500 m. to the NE of it, where the sanctuary of Athena was established.